Another good day out, Polo 3rd in Minor Puppy again qualifying for Crufts 2019. Hunterdean Likely Lad JW got a Reserve in a stunning Midlimit class.

Star of the day was Gillbryan Mrs Macnamarra, she went 3rd in Limit Bitch and gained her Studbook Number (subject to confirmation) !

NOSE FOR NEWS NO HILLS (Sh Ch Gillbryan Any Dream Will Do JW x  Bel. Ch Hille No Hills is now an Austrian Champion!

Ohh What a Day!
First out was Gillbryan Baker’s Dozen who won a lovely Junior class and then went on to win 2 more classes. He showed his wee socks of for Janet. Next out was Gillbryan Hunterdean Likely Lad JW who went and got a 1st in Minor Limit Dog , Well done Rodney and Gill!
And not forgetting our new wee star Gold Can Turn To Sand, Stina to her friends, won minor puppy bitch, then went on to win Best Puppy Bitch and to top it all she only went and won Best Puppy in Show! She did her uncle Rodney (Likely Lad) very proud. Huge Thank you again to Janet for handling a very overexcited wee Stina.

Dangerous Games Della Val D’Aveto with Gillbryan 4th in Limit Dog, first time in Limit for Keegan. Cillmhantain Night Orchid in a huge puppy class (32 entered!) 4th in Puppy Bitch.
Star of the day was Gillbryan Cider with Rosie , first time out since she was shortlisted at Crufts in Junior and since she has had her litter in the summer, 2nd in PG! Thank you to judge Julie Williams

22nd July, GRC Championship show
We had a brilliant day out, Joseph Sh Ch Gillbryan Any Dream Will Do JW did us proud in the champions parade showing himself off. Rodney Gillbryan Hunterdean Likely Lad JW got a 3rd in Progeny class. Thank you to all the people who brought their lovely Rodney children
The two stars of the show was Cillmhantain Night Orchid and Gillbryan Mrs Macnamarra. Kakiss went 3rd in minor puppy bitch at 6 months and a couple of days at her very first show. Winnie won Postgraduate Bitch.
And not forgotten Cillmhantain Verita D’Oro went 4th in a stunning Limit class.
Thanks to judge Lindsey Maynard

6th November, International Dog Show, Bleiswijk, Netherlands
Nougatine No Hills (ShCh Gillbryan Any Dream Will Do JW x Ch Hille No Hills) went 1st in Open Class then went on to win the CAC and the CACIB and BOS! This was the last point needed to make Nougatine an International Show Champion! Huge congratulations to our Belgian friends!!

GRC Special Muhldorf , Germany
De Meyer’s Nose for News No Hills went 1st in Open then got BOB then he won BIS. Congratulations Kjelle! Thanks to judge Penny Gowland.

13th August 2016   Dumfries and Galloway Open Show
Dangerous Games Della Val D’Aveto with Gillbryan did it again, our lovely boy went Best of Breed under Senga Beck. This makes it 3 BoB for Keegan at 17 months old.

All of them qualified for Crufts 2017, thanks to judges concerned.

Van Nunen’s Nougatine No Hills was 2nd in Yearling Bitch

4th May 2015 at GRC of N Ch Show:
Gillbryan Any Dream Will Do went Best Veteran Dog and G. Danish Blue  qualified for Crufts. Thanks to judge Hilary Mell.

18th January 2015 at Manchester Ch Show:
Gillbryan Living Doll won her Stud Book Number by being 3rd in Limit Bitch. So thrilled as she nearly died after practically bleeding to death following a caesarean six months earlier.
Thanks to Judge Sue Loach.

Sh Ch Gillbryan Any Dream Will Do JW progeny. 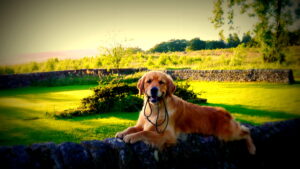